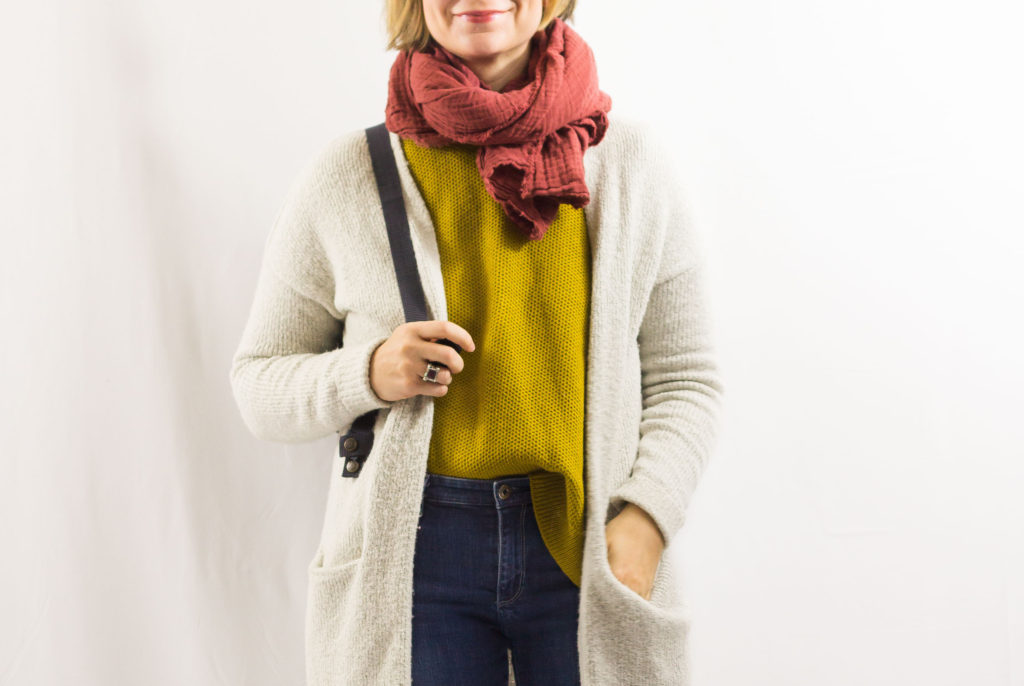 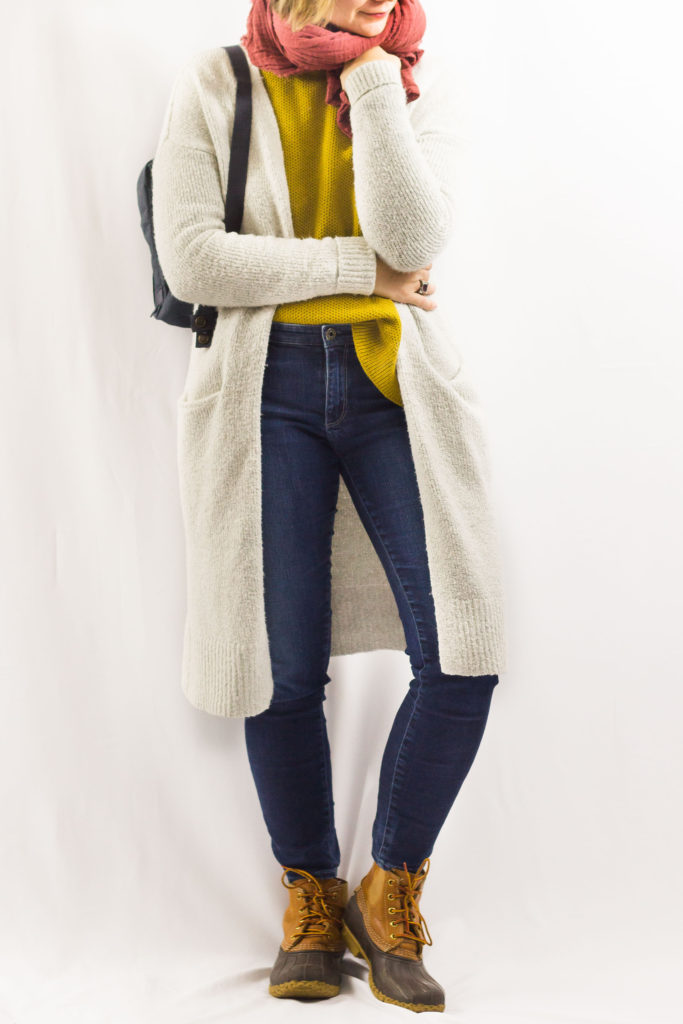 Here’s a little style trick for you: Layer a sweater under a cardigan!

I started doing this over the last few months and it’s been such a game changer for the especially frigid days.

And also for the days where it’s slightly warmer and I don’t want to deal with a coat.

If I’m leaving the house with all three girls, sometimes a coat is just way too much work. Sounds silly, but it’s true!

I was tempted to go without a coat yesterday, but with a high of 20 I knew I would end up regretting it.

We had a fairly substantial snowfall on Monday so I knew leaving the house on Tuesday was going to be so much work (ever try pushing a stroller through 2 inches of snow? Not fun!), but story time is worth it!

You guys all know by now that we go to story time, but there is a reason that I prioritize it! Kit doesn’t love the idea of “participating”… for a few reasons:

First, she’s very shy and doesn’t like to draw attention to herself. Second, she just doesn’t have the time of day for it! She’s pretty typically content to just do her own thing. I never push her to participate at story time, but it has been really good for her. Every week she does just a tad bit more than the week before. So by the time she’s 10 she’ll be fully participating! 😉

To give you an idea of how shy she is, a little girl was coming towards her mom who was sitting right in front of us (Kit didn’t realize that’s what she was doing) and Kit looked over at me with a panicked look and said “that little girls coming and she might talk to me!” Poor Kit… but I actually kind of get it. #introvertedproblems

Kit has lately been doing this thing where she’ll stroke my face whenever she wants something. So while we were sitting there she reached over and started lovingly stroking my cheek and then asked in her sweetest voice, “can we get Old McDonalds for lunch?”

Ha! I had to say yes, because well…

Another reason I love story time is that Ella and Rosie skip their morning naps while we are there so they always end up napping for about 3-4 hours in the afternoon and it’s amazing!

Which is perfect because I’ve had a lot to get done lately for behind the scenes Truncation stuff and it gives me a bit of extra time to do that and also still get the five million loads of laundry done that never seem to go away.

Being a mom is so glamorous!

I was able to sneak away after the girls went to bed to look for some fabric at my favorite local thrift store. #winning

Anywho, that was our day in a nutshell! This life I’m living right now is not exciting by any means, but I’m actually really thankful for it. We’re not doing much… no traveling, no busy schedules… just a lot of home based chaos, but I’ve never felt more fulfilled.

I’m learning that I don’t need all of those things to make myself feel complete. I feel complete because of who I get to be with on a daily basis.

It really is a beautiful feeling.

I’ve been a little MIA this week due to the flu.