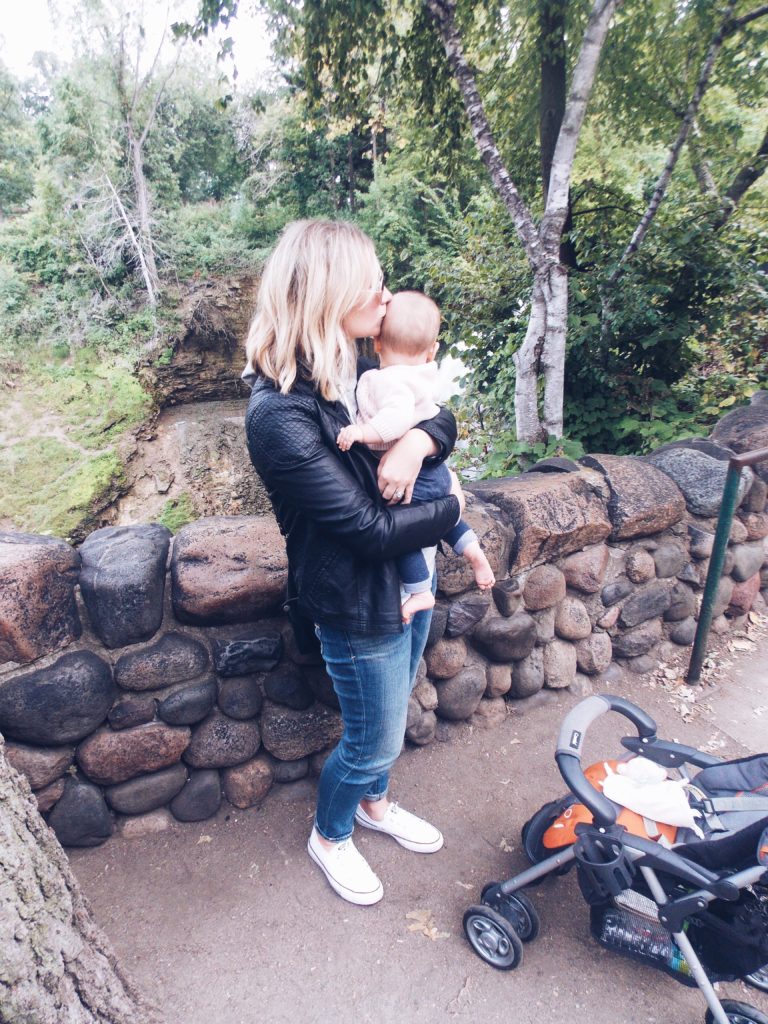 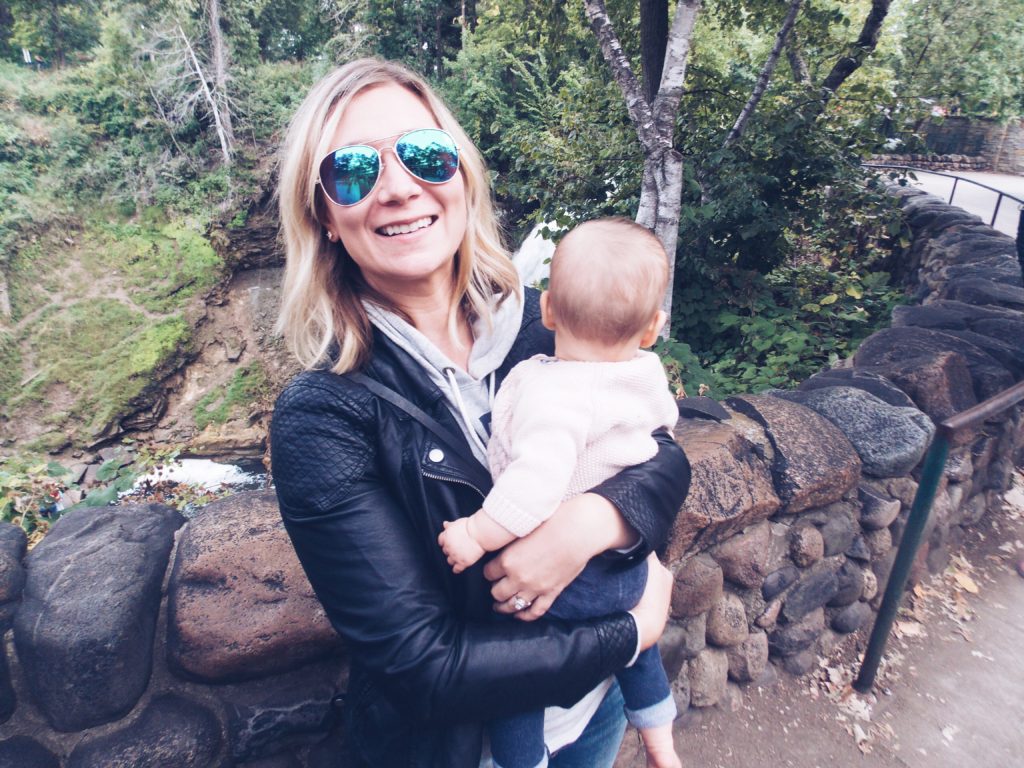 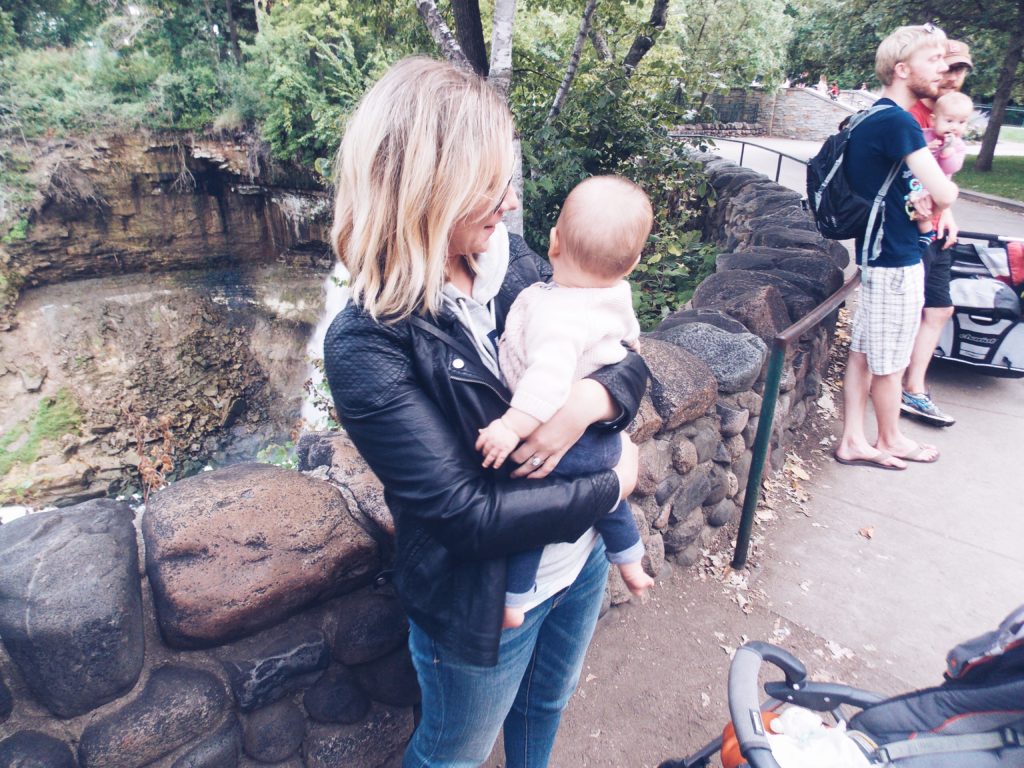 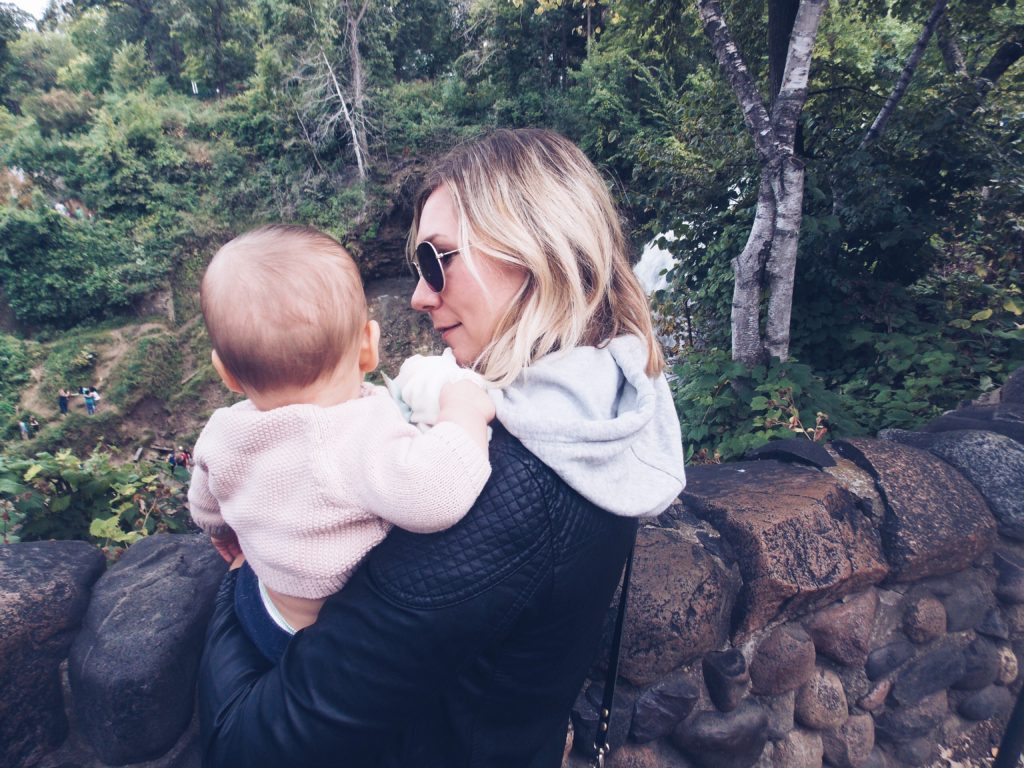 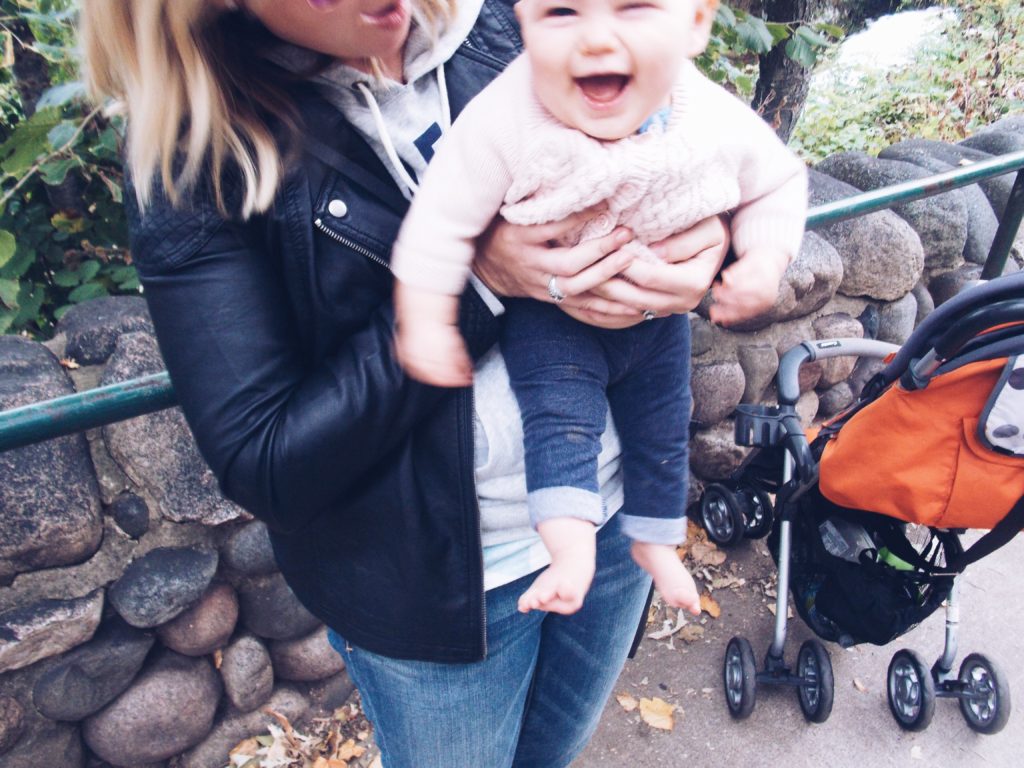 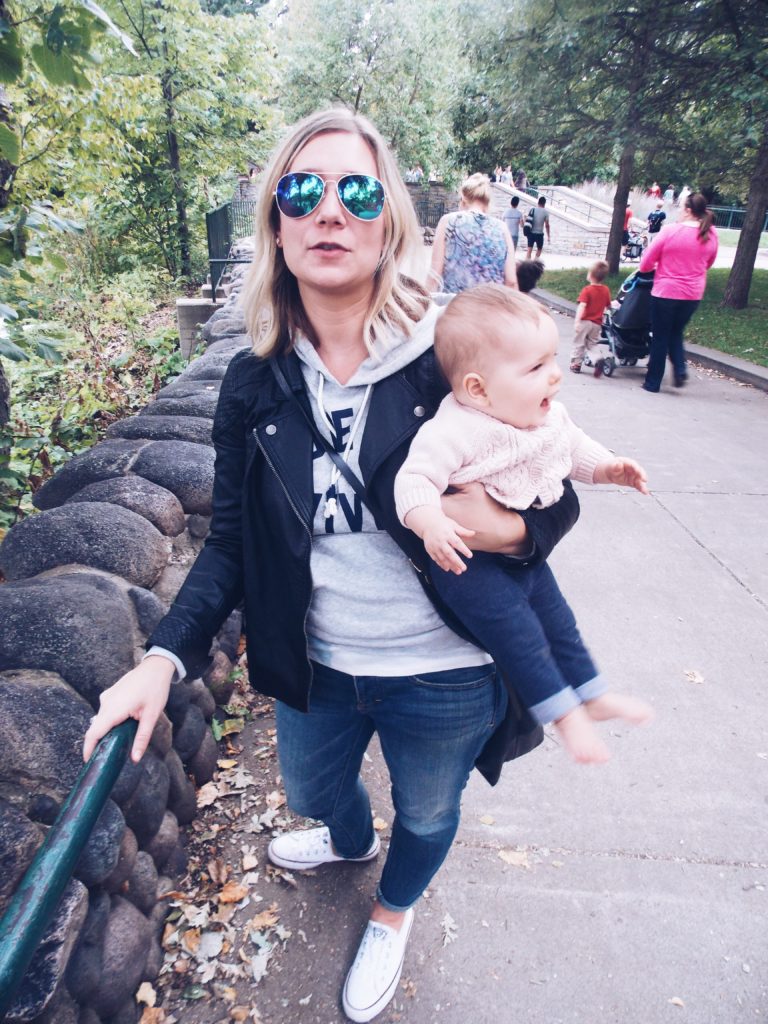 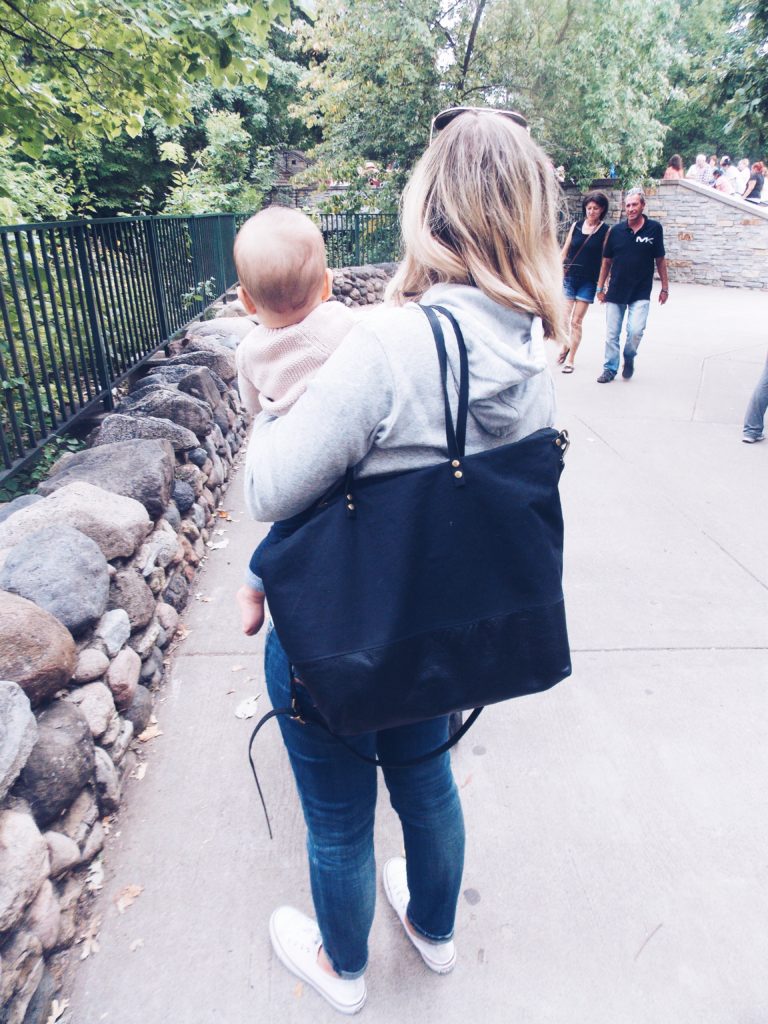 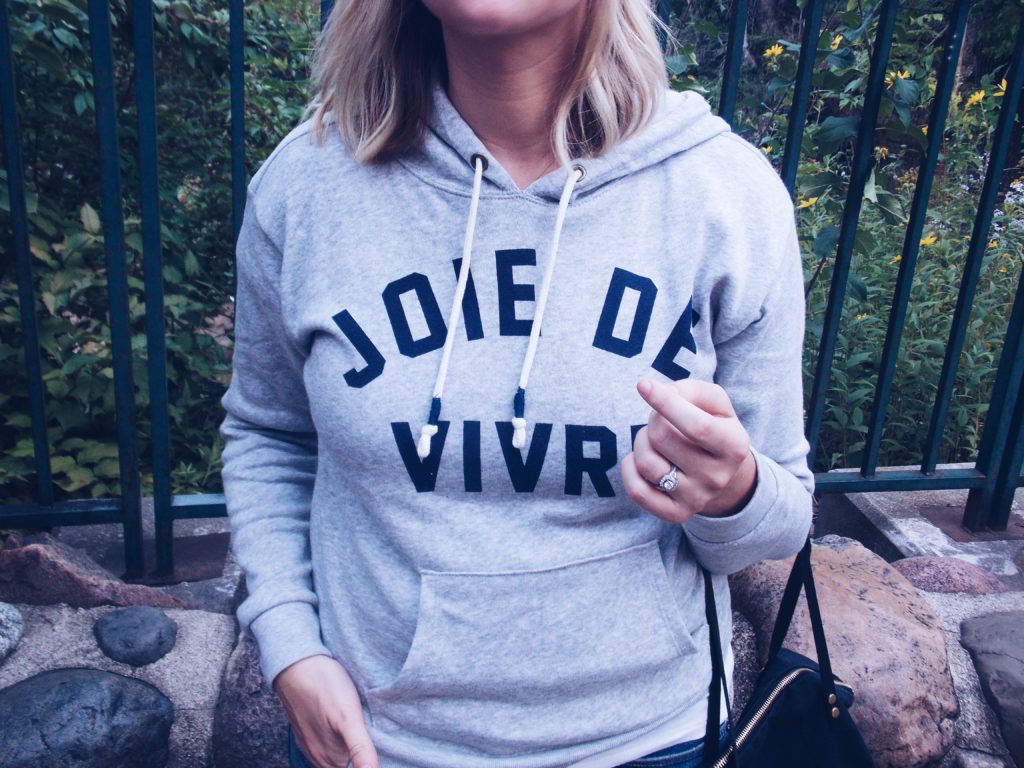 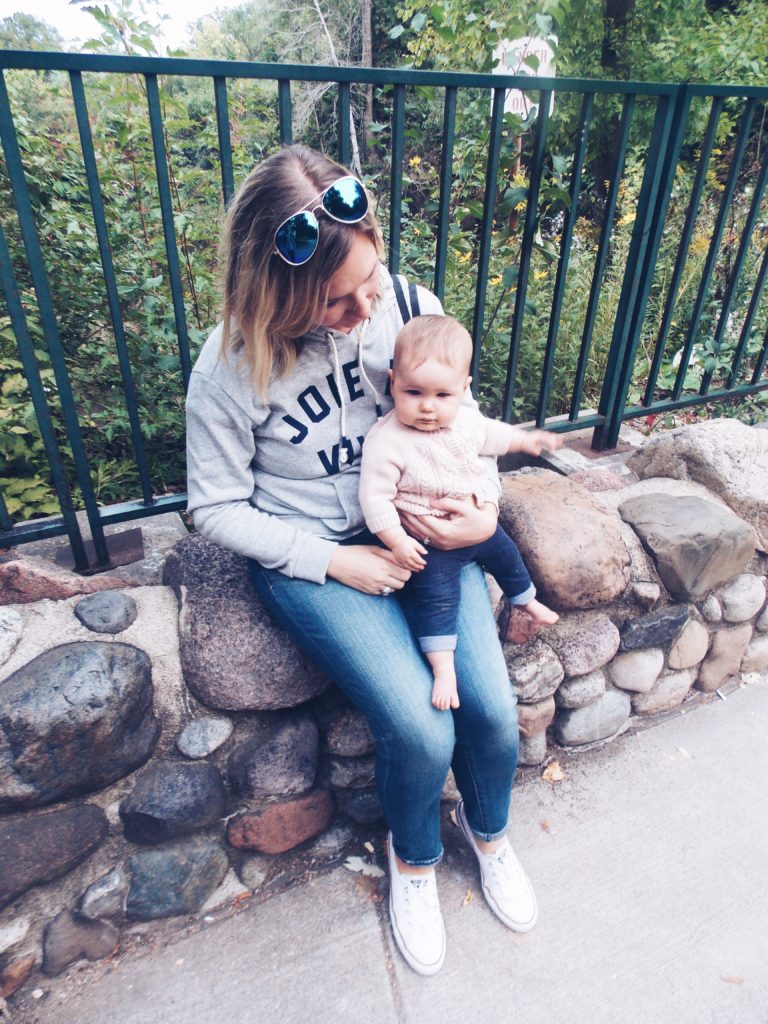 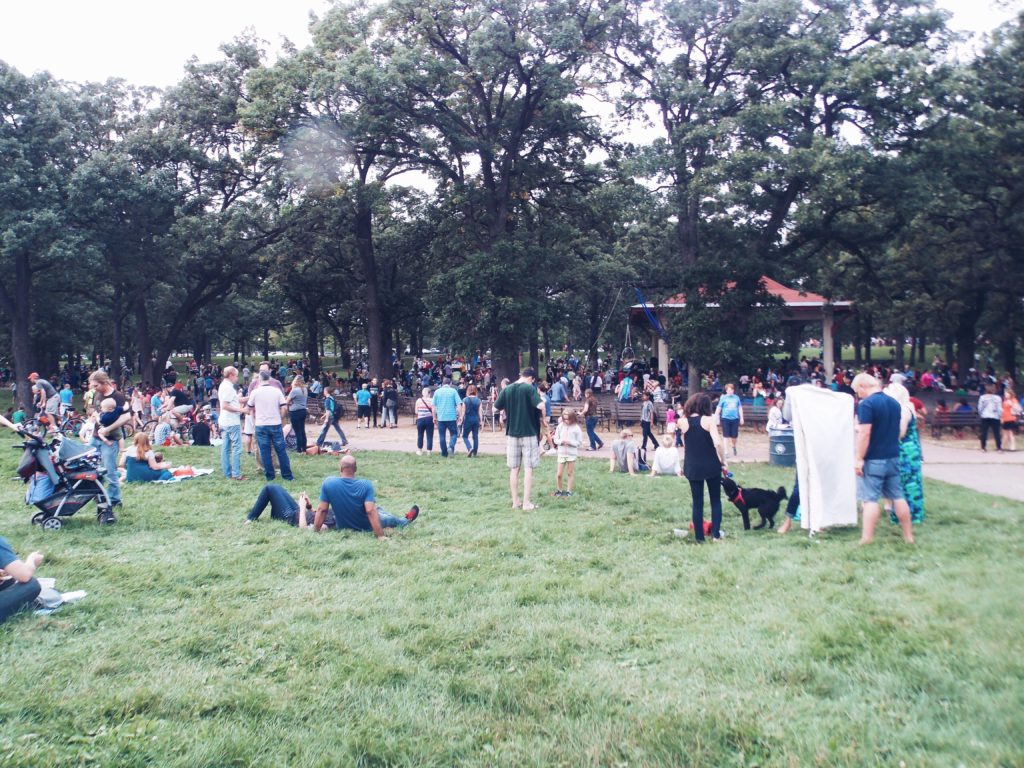 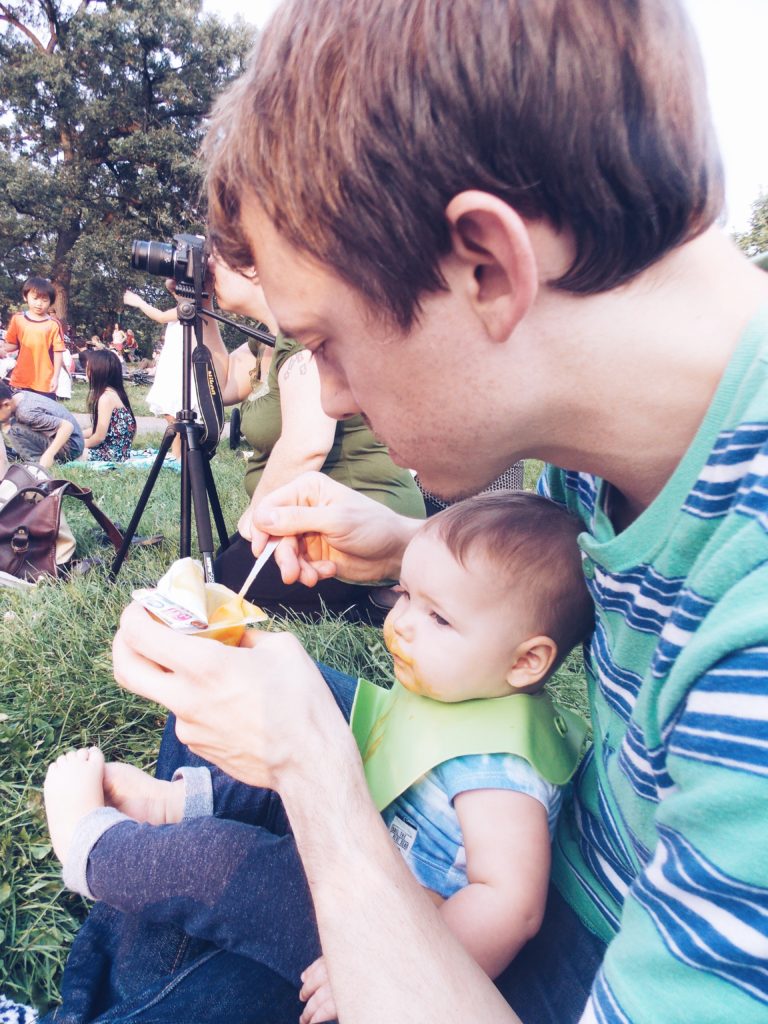 Continuing on with the theme of getting out and finding adventure in our own city, I recently discovered the power of Facebook for finding free events in your own city.  I just did a search and tons of different options came up. This particular event was a free aerial arts show in the park and it was a ton of fun! Honestly, it was a little hard to see, but we met up with my sister and her little family and we really enjoyed ourselves.  And *bonus* it actually chilled down enough to wear a sweatshirt AND jacket!

Now, I realize that my post title has been hotly debated… people accuse capsule wardrobes of being a passing phase, trendy, over hyped, etc.  And in some ways those people are right.  They WILL be a passing phase for some people, they ARE trendy, and some people DO over hype them.

But here’s the thing, I used to be one of those people that avoided anything trendy like the plague because I didn’t want to be subject to our culture’s whims (ironically, my way of doing things actually ended up becoming trendy *cough, cough* *hipsters*).  It wasn’t until a few years ago that I had the realization that sometimes things are trendy FOR A REASON. I mean, there has to be something to why they became trendy in the first place. Right? So it makes no sense to avoid something just because a bunch of other people are doing it.  On the other hand, it doesn’t make sense to do something just because a bunch of other people are doing it.  What does make sense is doing something that works GREAT for you. Now I happen to be a big believer in a minimal closet (duh), but I know not everyone is a fan… and that’s okay.  But because this is my blog and I get to say whatever I want (insert wink face here), let me try to convince you for just a little bit. I think Capsule Wardrobes are innately better at making people happy than closets that are filled to the brim.  Why? Because Capsule Wardrobes force you to face your “enough”.

What do I mean by that? Every person is different, but we all get to a point where we realize that we have “more than enough” (and for those people that say they have never gotten to that point… I kind of don’t believe them). Participating in something like a Capsule Wardrobe forces people to trim off the more and to boil their wardrobes down to enough.  Okay. So who cares right? Why is that important? Because we have SO MUCH STUFF people.  And the more we get, the more we want! Our society has an addiction to acquiring stuff and Capsule Wardrobes, though they be trendy, fly in the face of that ideal.  So why is it so bad to have a bunch of stuff? Well… in my experience, the more I have, the blinder I am to the fact that my excess is a privilege. The lines blur between what is a necessity and what is a frivolity, and suddenly I feel entitled to all of that stuff and that makes me NEED to acquire more and more. And you know what? It’s that NEED that causes me to make bad decisions and spend more than I should.  Capsule Wardrobes fight against that acquisition impulse.  Instead the line sharpens and you begin to see the difference between necessity and frivolity, you begin to make decisions without the influence of entitlement, and your need impulse fades into intentional decision making. All of this leads to contentment with what you own because you have stripped away the addictive need that shopping can bring, and it’s that contentment that will translate to happiness.

Okay. So maybe you REALLY don’t want to do a Capsule Wardrobe. Well that’s your choice! No problem. But let me at least encourage you to take a hard look at everything that you own. Figure out ways that you can start living with enough instead of more than enough. Come on… all the cool kids are doing it.  Okay, I kid, but I do think that purging is a valuable exercise in a culture that teaches you to always want more, more, more.

What about you? Have Capsule Wardrobes helped you find your enough? Or are you still searching for that? Do you think I’m right that Capsule Wardrobes have a better ability to make people happy than closets of excess? Let me know in the comments below!

P.S. It may seem that by me posting these clothing items below, I am not taking my own advice in the post above. Well I don’t see it that way.  Why? Because I’m not saying that ALL shopping is bad.  What I am saying is that excessive shopping is not ideal.  I also know that when creating a capsule, it’s extremely helpful to see where other capsule wardrobers get their clothing from.  I relied heavily on Caroline Rector of Unfancy when creating my first capsule. If I didn’t convince you, that’s fine. Just trying to keep it real.