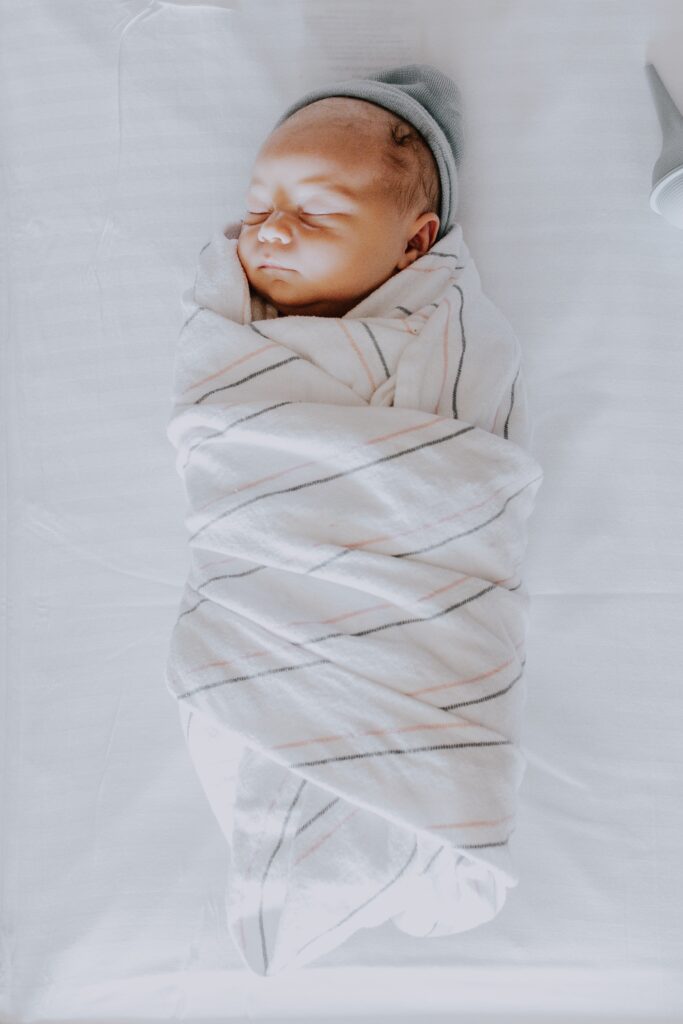 If you follow me on Instagram, then you’ll have already met our (big) little guy, but if you don’t then let me formally introduce you to Gabriel Gary!

On Tuesday he turned 1 month old, which is absolutely crazy to me! I feel like he was just born a few days ago… but he’s honestly just fit right into our little family that it kind of feels like we’ve always had him.

But I digress. We’re here for a birth story.

I mentioned a few times that I had been having some false labor in the weeks before he was born, but that was actually a bit of an understatement ha! Starting at 36 weeks I started having pretty intense Braxton Hicks contractions, but they were still clearly not labor contractions… until the day we went to the State Fair at the end of August. On the bus ride home I started to feel the contractions getting more and more intense, and becoming more consistent.

I waited around a bit before ultimately deciding to go in. When I got there I was dilated to 2 cm, and my contractions were around 3 minutes apart. So they had me stick around for an hour to walk the halls, and see what happened. Well when that hour ended my contractions had slowed down to about 8 minutes apart, and I had not dilated any further so they sent me home with a dose of muscle relaxers.

I was frustrated, but also happy because NICU time is guaranteed before 37 weeks at our hospital. All three of my girls spent time in the NICU, and I REALLY wanted to avoid him needing the NICU (i.e. have a typical newborn experience).

Well… I had THREE more of those false labors. In fact, from that moment on I had constant labor like contractions that would get super intense at the end of the day. My OB finally gave me a prescription for muscle relaxers because they were so painful they were keeping me awake.

I started to get really nervous because I had no idea how I was going to know when ACTUAL labor happened (remember, I had gone through labor twice before, and what I was feeling FELT like what I had felt before). The nurses kept reassuring me that I would know when it finally happened (which turned out to not be quite true!), but because I was so DONE with the false labor, at 39 weeks my OB and I decided to strip my membranes. My body was so exhausted/overwhelmed from the contractions by this point that I was breaking out in hives all over my body. I mean, I had basically been in some stage of labor for about three weeks.

So the Friday before his due date we decided to strip my membranes… and if I didn’t go into labor over the weekend we’d do it again on Monday. Then if THAT didn’t work we would do an elective induction on his due date (the following Thursday).

Well nothing (new) happened over the weekend so I went in on Monday to have them stripped again, but I was SURE I’d end up needing the elective induction because it seemed like he was just refusing to come.

After the appointment my mom and I went grocery shopping, and while we were there I noticed the contractions were starting up again.

I still didn’t think much of it because they had been doing that for almost a month already. We got home, ate lunch, and I noticed that they were starting to feel a bit more painful. I took a shower and made dinner, and by the time dinner was over they were even more painful so we decided to head to the hospital even though I was SURE they would send us home again.

When I got there I was dilated to a 3 so they had me walk the halls again, but this time at the end of the hour the contractions were so painful I had to stop walking when they were happening.

I told David that if they didn’t admit me this time, I was going to sit down and cry (kidding. sort of.) right there in the hospital.

Thankfully the hospital staff was spared because I had, indeed, progressed to a 5 so they decided to admit me.

There’s not much to say for the next part of the process because I got admitted, got my epidural, and tried to get some sleep (by this time it was about 11:00). Things were progressing slowly but steadily, and then around 1:00 they decided to break my water to help move things along a bit quicker.

So now comes the scary part:

My nurse decided to prop a peanut shaped exercise ball in between my legs to try to get him to move into a better position (he was head down, but just slightly at an angle). We had been doing that for about a 1/2 hour, and I had started to doze off again when all of a sudden about 10 nurses rushed into the room and flipped on all of the lights.

I was super disoriented from being woken up so abruptly, but I remember them rushing in and talking to each other in really tense voices. One of them rushed over to me, and told me she was going to flip me over onto my hands and knees.

I started to freak out, and no one had explained to me what was happening so I finally got one of the nurse’s attention and asked what was going on.

Apparently his heart rate had dropped extremely low, and it wasn’t coming back up. They were flipping me over to try to get his heart rate up, and thankfully it worked immediately. He just wasn’t quite ready to come yet, and the position with the peanut ball put too much stress on him.

I was sure in that moment though that I was going to need an emergency c-section, and I was so thankful when everything returned to normal.

After that, I had a hard time sleeping so I kind of just hung out for the rest of the night/morning. Around 7:00 the nurse decided to try the peanut ball again because I had been an 8 for a couple of hours (she assured me they would be watching his heart rate closely), and within 30 minutes I had progressed to a 10… he was ready!

Once I started pushing he came in about an hour. It was pretty easy pushing, and I thankfully didn’t tear!

And just like that we had our little Gabe.

I’m extremely thankful to have had a relatively easy labor, and I’m even more thankful I was once again able to do a vaginal birth. I just didn’t want to have the recovery time c-sections bring (major props to you mamas who have to tend a newborn, and heal from a c-section… I really admire you!).

So far Gabe has been a pretty chill baby, and he’s already smiling so I think he’ll be really sweet as well. He’s also much stronger than our girls were (again, they were all preemies), and already has so much more wake time. It’s been a fun experience having a full term newborn.

And for those of you who like to know the reason behind our name choice, we named him Gabriel after farmer (Gabriel) Oak from Far From the Madding Crowd (one of the most beautiful books I’ve ever read). Farmer Oak represents gentle strength, constancy, and unconditional love… all things we hope he will emulate (and all things we think the world needs more of).

Thanks to all of you who have offered well wishes and congratulations! We feel really blessed and content.

If you’d like to read the twins’ birth story, you can find it here. 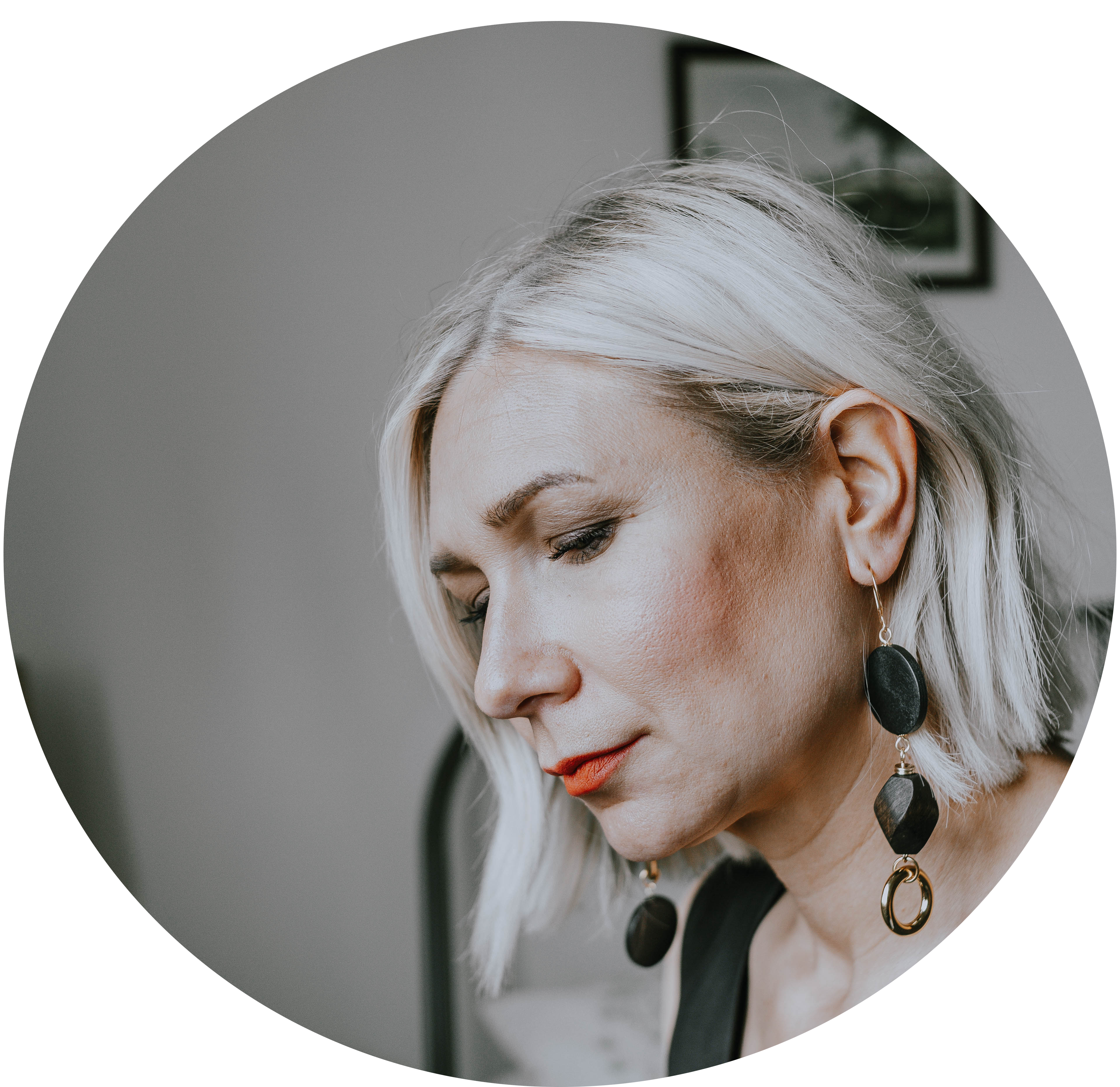